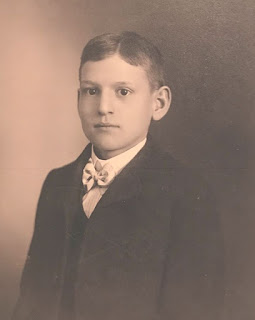 Frank H. Evans is a son of John W. Evans and Emily Cordelia Hoyt.
Nettie Emma Rich is a daughter of John B. Rich and Amelia ___. 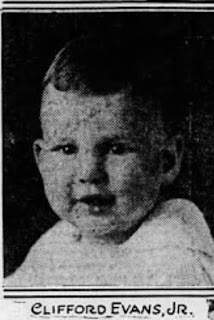 His WWI draft registration cards reports that he was born Feb 23, 1891 in Brooklyn NY. He is an architect employed by Wm Leslie Welton, in Birmingham AL. He claims an exemption as he is already in the Volunteer Engineer Corps. 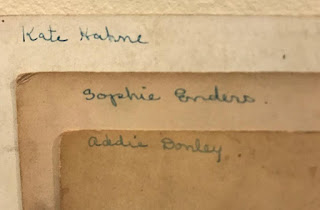 These three photos were found together in the same box at a booth in the Palm Beach County Fairgrounds December antique show.  They are each labeled in what appears to be the same pen with light blue ink, and the same penmanship. I believe they are related in some way; either sisters, cousins or friends of the same person. 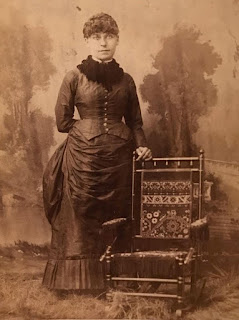 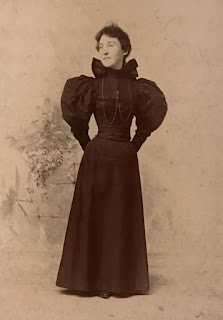 
Because leg-o-mutton sleeves were fashionable from about 1893-95, and as Kate appears to be around 20 years old in the photo, we can put Kate's birth year at around 1873. 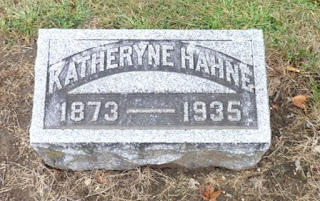 I believe this is Katheryne CAREY-HAHNE (1873-1935), wife of Sophie's younger brother Henry HAHNE. They lived in Indiana. 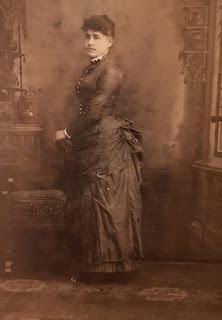 On the 1900 Census, Charles and Addie live in Shalersville, Portage County, OH, farming. They live with son Roy (or Ray) E. Donley, age 7, and Addie's father Elias Croop, 80, who was born in Pennsylvania, of German immigrant parents.

On the 1930 Census, Ravenna, OH, Charles and Addie Donley appear. 66 and 67 respectively. Charles works on a chicken farm.

I believe Addie must be a friend and neighbor of the Hahne family which lived in Ravenna, Portage county, Ohio. Alas, if only there were an 1890 census! It might be possible to prove they were neighbors.

Posted by Kathleen at 1:55 PM No comments: UPDATE - these photos have been claimed and are going home to Shirley's niece!

This snapshot and the one below were acquired at the Palm Beach County Antiques Fair which is held monthly at the South Florida Fairgrounds. 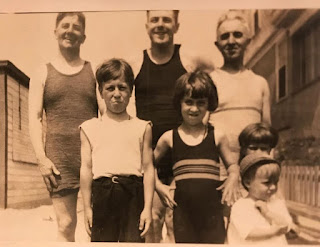 I generally do not acquire snapshots since they almost never have identifying information written on them. This pair have apparently been lifted out of a black-paper photo album (some black bits still attached to the back) but remarkably both had hand-written identification on the back.

Before I'd delved into too much research, I found Shirley's obituary in a 1997 Massachusetts newspaper. It tells exactly who she was, better than I can do, so I include it here with younger survivors edited out.

At this point, I knew exactly who to contact, which was either the niece or nephew mentioned in the obit. I found the niece with very little effort and contacted her. She was eager to receive the photos, so they were sent home the next day.

She contacted me a few days later and included this photograph of her mother Rita (not born yet at the time of the sibling photo) viewing the images of her siblings, father, grandfather and uncle. 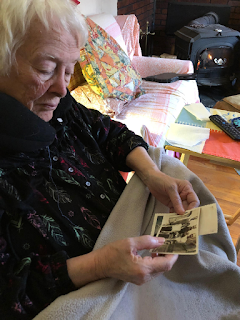 Posted by Kathleen at 2:45 PM No comments: