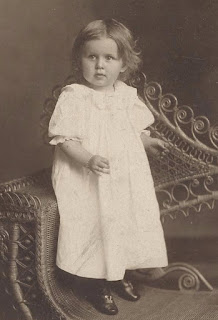 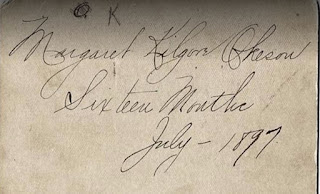 This photograph of Margaret Okeson was located at the "Highfalutin Vintage and Antique Fair" in Shelbyville, Kentucky. The photographic studio which took the photo was located in Altoona, Pennsylvania.

Using Ancestry.com, I found that Margaret was born March 7, 1896.

I was saddened to discover that Margaret died in 1903 at age 7. I have not been able to determine the cause. I was hoping to find a descendent to whom I could send this photograph, but perhaps I can find some other close relative.

Mother Irene Kilgore-Okeson died March 30 1916 of a "sudden illness" but death certificate says cause of death was "nervous exhaustion" with contributing factor Myocarditis. 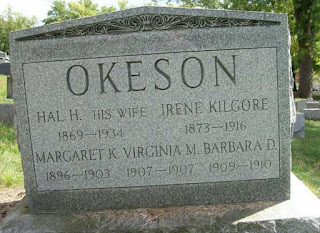 The family is buried at Fairview Cemetery in Altoona, Pennsylvania.

Posted by Kathleen at 8:23 PM No comments: