RENKEN Family of The Dalles Oregon

RENKEN Family of The Dalles, Oregon


UPDATE - The Renken Family photos have been claimed by a great-great grandson and are going home!
My mother is my most successful supplier of old photos. Here is another group she found at an antique shop in The Dalles, Oregon, during a recent trip through the upper Columbia River region.

These are all of members of the RENKEN family, which immigrated from Hamburg Germany to New York City in April of 1881 aboard the ship "Amerika". Those  making the voyage were:


The family made their way across the continent, passing through Nebraska where daughter Alma was born in 1883. Eventually the family settled in The Dalles, Oregon, where they established a sprawling farm. 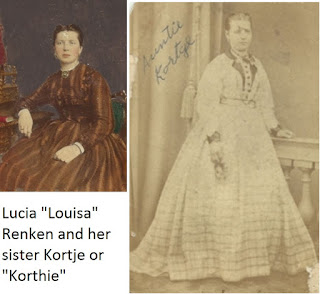 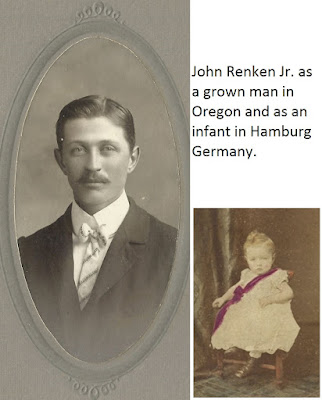 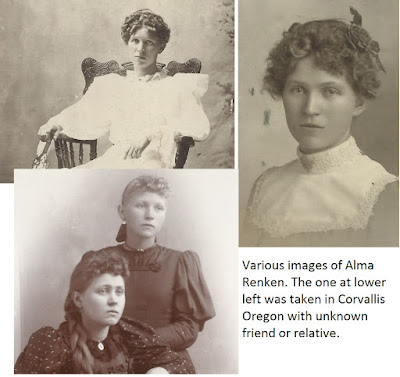 Most of the photos feature Alma, so I suspect these photos may have been in her possession at one time. Alma married William Loren Davidson, and had children; Clarence William Davidson (1909-1994) and Evelyn L. Davidson (1912-1955).

Other photos in this group: 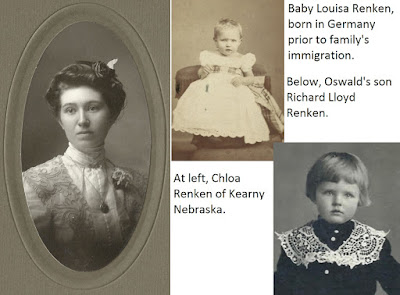 The following image was located online at https://oregondigital.org/sets/columbia-gorge/oregondigital:df70hc92m  I do not have this image in my possession, but thought I should include it here because it brings additional depth to the family history, showing them at work. 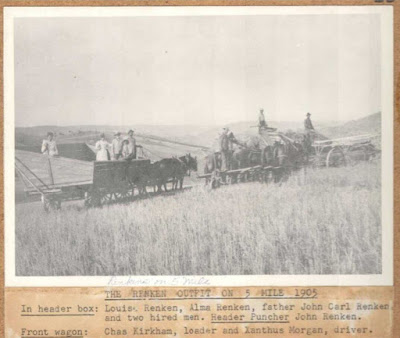 Posted by Kathleen at 5:44 PM No comments: