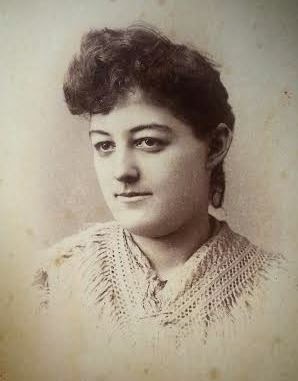 UPDATE - Lulu Belle Collins has been claimed and is going home!

This photo of Lulu Belle Collins was located over the weekend at the Oxford Kentucky Antique Fair. The photo appears to have been taken in the  late 1880's. The woman appears to be age 20 or thereabouts.

The back of the photo contains a hand-written label which says "Lulu Belle Collins, Strasburg."

By accessing the records at Ancestry.com, I have determined that Lulu Belle was born in Strasburg, Missouri, on September 20, 1869 and lived to be almost 90 years old.

She was a daughter of Dr. Robert Willis Collins and Gabriella Rowland. Furthermore, Lulu Belle married a Rowland.

She is buried in Wichita Kansas under the name Lulu Belle Rowland.

Posted by Kathleen at 3:42 PM No comments: