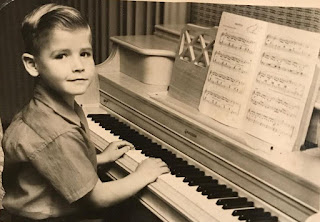 UPDATE - These two photos have been claimed by a close relative and are going home!

This photo was acquired in Pasadena during a Christmas visit to California.

This charming child, labeled on the front of the snapshot only as "Donald III", was able to be identified based on the other information on the back of the photo. From that, we know that his grandmother was a composer named "Lucile Cristcarson", and his aunt was named "June Roselle". 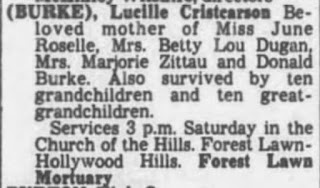 I started first with the grandmother and was able to locate a brief newspaper obit on her. This is from the LA Times, 13-Oct-1978.

From this we learn that her name at one time was Burke and she was the mother of Miss June Roselle, Mrs. Betty Lou Dugan, Mrs. Marjorie Zittau, and Donald Burke.

Her daughter June Roselle was a stage actress and singer. Here is a newspaper insert on her from the Los Angeles Times 1952. 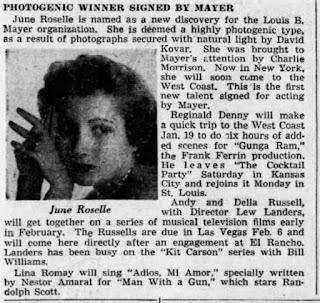 In searching for info on June Roselle, I came across a 2008 Plantation Florida obit on her brother Don Burke, whose real name was James McDonald Burke. He is survived by sisters Marjorie Zittau, Betty Dugan and June Roselle. Also two sons, one of which is Donald III. (I am not posting that here because many of the given survivors are obviously living.)

In researching more about Don Burke II, I also stumbled across the obit for his son "Donald III". He died at age 71 in Florida in December 2017, putting his birth year at 1946. 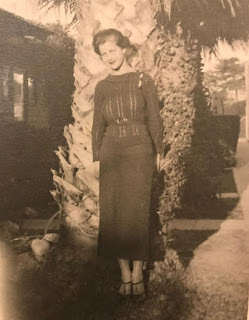 Incidentally, another photo found in the same booth was of a woman named MARJORIE KERRIGAN, who lived in La Jolla CA in 1935, when the photo was taken. I acquired that photo also and have since determined that this is Donald's aunt later known as Marjorie Zittau. She was born in 1919 and died in 2013. She lived most of her life in La Jolla and in later years served as vice-president of the Community Association of La Jolla.