Benjamin and Philena have gone home!

No location or time period given on the photos; just names.

However, the photos appear to have been taken in the late-1880's or early-1890's time frame. Based upon the apparent age of the subjects, my best guess for year of birth is around 1810-1820. 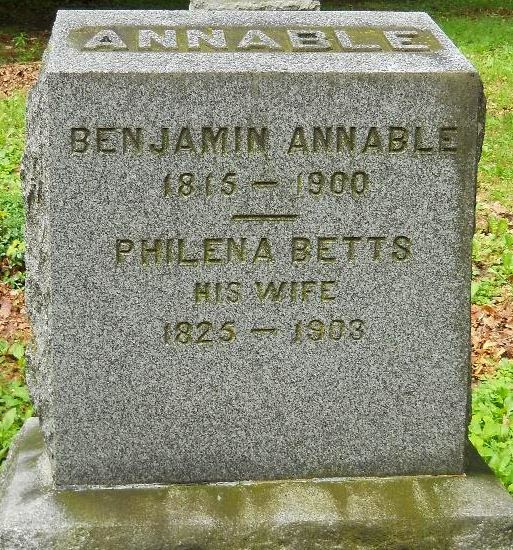 The wonderful website www.Findagrave.com happened to have the headstone photo available for this pair, and this provided a great deal of information. For instance, the couple are  buried at Walnut Grove Cemetery in Onondaga Hill, New York.

This photo of Philip Barrette was found at an antique show in West Palm Beach, Florida. The photo bears a studio stamp which says "Simas, Placerville, Cal."

The handwritten name on the back also includes a first name initial which is either an "S" or an "L", but the gentleman must have gone by the name "Philip" more often than whatever his first name was.

Internet research shows a BARRETTE family living near Placerville in this time period, in a community called Shingle Springs. The patriarch of the family, Guillaume Barrette (1825-1882), was French-Canadian and settled in Shingle Springs in the mid-1800's. He and his New Hampshire-born wife, Abby Smith, had two sons Ernest G. Barrette (1863-1931) and Louis Philip Barrette (1867-1929). The family were farmers, living along French Creek, and were prominent citizens of the community. The younger brother was elected "Justice of the Peace" in 1890. In all newspaper accounts, he is referred to as "Philip" and not as "Louis."

Elsewhere on the internet, I was able to locate known photographs of the Barrette brothers and their spouses, of Shingle Springs, California. I have zoomed in here to isolate only the men's faces. You will note an extremely close resemblance to the photo I found.


It is not known in what year these two photos were taken, but the one of Philip shows him with his wife Mary Emma at his side. He was married in 1891, according to California Marriage Records, so the photo is at least two years older than the photo I found, above.

I am struck by the similarity of hairline in the photo of Ernest, comparing it with the found photo, and I am open to the possibility that the found photo may actually be mis-labeled with the wrong brother's name, and could actually be Ernest. However, it also appears that Ernest has a more slender face than either Philip or the fellow in the found photo.
Posted by Kathleen at 9:27 AM 5 comments: 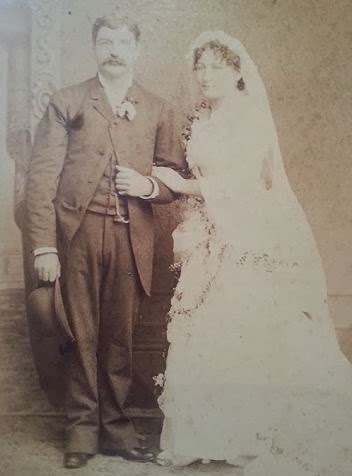 This photo, found at the Florida Fairgrounds Antique Show, was in a box which contained many members of the same family from upstate New York. The photo above was taken at the Waldbillig Studio in Albany, NY. The 1880 Census indicates that Charles was a basketmaker and lived at 133 Third Avenue. He and Mary were both born in New York, of German parents. Mary's maiden name was Weiss. 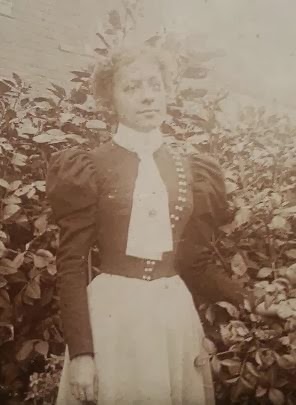 Their first child LILLIAN SMITHLEN, was born May 2 of 1880.

A photo of Lillian as an adult (see image at right) was also in the same box.

Lillian would eventually marry an Englishman named Ralph Dyke, and they resided on Lake Avenue in Saratoga Springs, New York. Ralph died before 1952, as Lillian is listed as his widow in the 1952 City Directory. I remember seeing a few photos labeled with the Dyke surname in the same box, but due to budget constraints I only acquired the group named Smithlen, not knowing at the time that they were all related. Now I wish I had bought those as well.

I read on an online genealogy discussion  board that Charles and Mary also had two sons, George and Charles Jr. 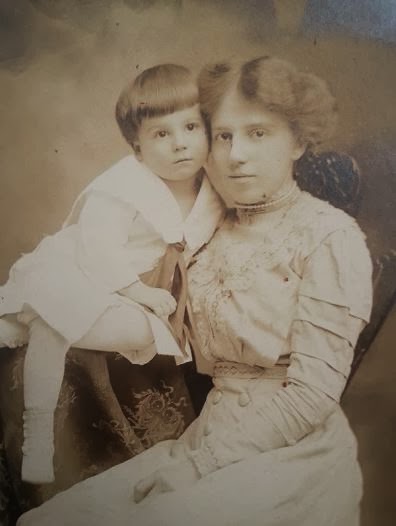 The image at left is labeled "GEORGIE (2 years 11 months) and his mother LOTTIE SMITHLEN, probably around 1910".

I believe Georgie's dad was the same Charles Jr. mentioned on the Ancestry.com discussion board as one of the sons of Charles Sr. and Mary.

Charles Jr. is found in the Rennselaer NY City Directory of 1929, where his occupation is given as "Machinist." In the 1940 Census he indicates that he is employed by New York State as an elevator operator.

At some point, Georgie relocates to California where he lives until his passing in 1984 in Los Angeles.

The couple (Charles Jr and Charlotte) have a second son, CHARLES A. SMITHLEN, born August 6, 1915. There were two photos of this younger brother, which are shown below: 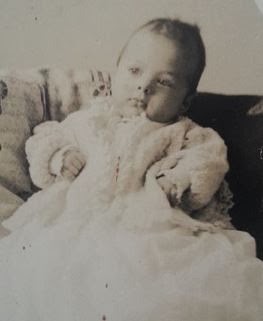 On the 1940 New York Census, Charles 3rd (then 25 years old) was still single and living at home with his parents in the East Greenbush area of Rennselaer, NY. He was employed by RCA Radio, working as a salesman.