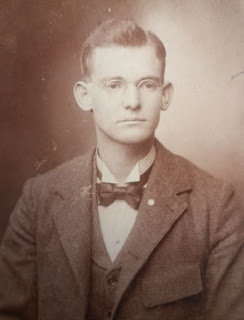 UPDATE - Delbert has been claimed by a relative and is going home.

This photo was located at the annual Route 127 Yard Sale in Anderson County and Mercer County, Kentucky.

Ancestry.com has a family tree which contains a man named "Arthur Delbert Reynolds" who was born 1877 in Anderson County KY, and died 1953 in Louisville Kentucky. I am almost absolutely certain this is the person in the photograph, because the family tree I found contains some photos of other relatives, and some are nearly identical to the Delbert Reynolds I found. And the location in which he lived is in the exact area where the photo was found.

His death certificate states that he died at age 75 of congestive heart failure, in Louisville KY (Jefferson County), where he had probably been sent for medical attention. He was buried in Mercer County where he had lived all of his life. He was laid to rest in the Spring Hill Cemetery (Harrodsburg, KY). I made a quick trip to Harrodsburg and found the stone for Delbert and his wife Nora, as well as other members of his family, and added these to FindAGrave.com.

UPDATE - Ursula Trainor has been claimed and is going back home to Washington State.

This photo of Ursula Trainor was located at the Antique Fair at the Washington County Fairgrounds in Greenwich, New York. The back of the photo bears the hand-written label "Ursula Trainor, Rosalia."

I did find a woman by the name of Ursula Trainor who was born in Wisconsin, but grew up in Washington State, specifically in the small Eastern Washington farming town of Rosalia. Here is what I have found out about her: 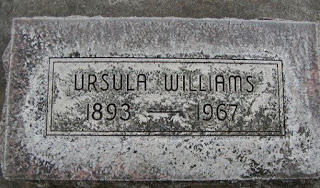 Her stone appears to have an incorrect birth year of 1893, as Census records point to a birth year closer to 1890. Also, her marriage certificate dated August 1922 states that she was 32 on her last birthday which puts the birth year at or near 1890.

I wonder why the photo was located in New York State. Perhaps a friend or family member was living there?
Posted by Kathleen at 6:03 PM 4 comments: 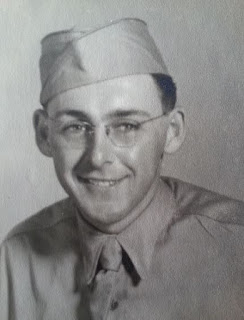 Ancestry.com finds a James Frederick Hughes, born in Syracuse, NY 7 April 1924 to parents Edward Peter Hughes (1880-1947) and Caroline "Carrie" E. Mulliner (1890-1973). The fact that the photo was found in New York state makes me think he may have been a "local boy" with family still living in the same locale.

This James F. Hughes had four sisters and two brothers.

Died 30 July 1977 of a heart attack in Lunenburg, Massachusetts on a golf course, while visiting his sister in that city.  This obituary is from the Evening Star (Washington (DC), District of Columbia)   Page: 33, dated Wednesday, August 3, 1977

Posted by Kathleen at 7:22 PM No comments: 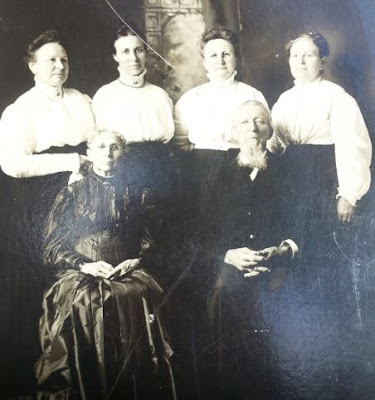 This family photo was located today at an antique fair at the Washington County Fairgrounds in New York State.

Findagrave.com has this entire family listed and most are buried in Schenectady County NY.

Father Abram I. Wemple was an undertaker by trade, in the small town of Quaker Street which is near Delanson, New York. The following obituary on him offers facts about his family.

QUAKER STREET. (Special to The Gazette.) QUAKER STREET, March 24. - A. I. Wemple, for many years a resident of this village, died Friday morning at 5 o'clock in his 90th year. He was respected by all who knew him. He had been failing in health for some time and his death was not unexpected.

He and his wife, who survives him had been making their home for two or three years with his daughters, Mrs. W. C. Briggs and Mrs. J. C. Briggs, both of this village, and it was at the residence of Mrs. W. C. Briggs that he passed away.

Besides his wife and two daughters above referred to he leaves two other daughters, Mrs. C. Culver of this village and Mrs. Thirza M. Hoag of Binghamton. The funeral services were held from the house today at 2 o'clock. Rev. J. M. Brown, pastor of the Christian Church, of which Mr. Wemple had for many years been a member, officiated. Burial was made in Grove Cemetery, this village.

Abram is a son of Isaac Wemple and Margaretta Bradt. In 1850, he married Evelyn Wilbur.

Posted by Kathleen at 4:49 PM No comments: