UPDATE - VIDA L. FENTON has been claimed and is going home. The photograph of Vida Leona FENTON was found at an antique fair in Vero Beach Florida yesterday. She is the second person from St Lawrence County, New York, found in the same box of photos and posted to this blog.

The photo was taken in the town of Gouverneur, NY.

This photo of baby Inez Dandy was located at an antique fair in Vero Beach Florida yesterday. The photo was taken about turn of the century in Ogdensburg, St Lawrence county, New York.

With the help of on-line resources, I have been able to determine that Inez Dandy was born in Canton, a nearby town to Ogdensburg, and lived there with her family at least through age 10, as she and her parents appear on the Canton Census in that year. They lived at 217 Church Street in Canton.

It is known that there was an Insurance Agency in Ogdensburg in 1914, known as "J.R. Dandy & Son" which was operated by John R. Dandy, who was a brother of Inez's father William. The H.J. in the advert was Howard Johnson Dandy, son of John R.

1920 Census, Ogdensburg, shows Inez at age 19, working as a stenographer at an insurance office.

1930 Census Ogdensburg - living at home, working as a bookkeeper at Insurance Agency.

Lived in the area of Ogdensburg her entire life. Passed away in November 22, 1971. 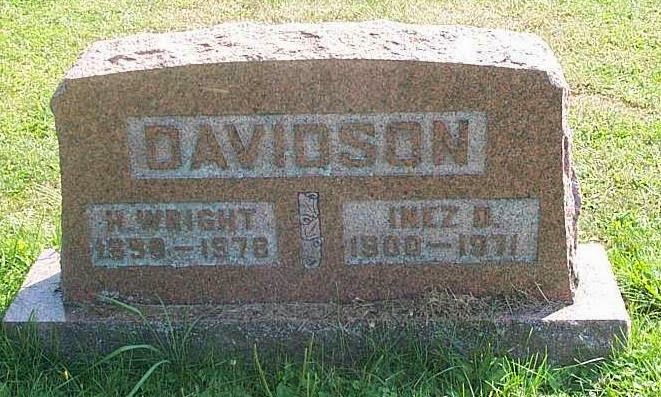 UPDATE - Gladys Millerd has been claimed and is going home! This photo was found in an Antique Fair at Vero Beach, Florida yesterday. The photo was taken circa 1890 - 1891, in Geneva NY at the photographic Studio of Fred Robinson.

From Ancestry.com, we are able to glean quite a bit more information.

She graduated from Geneva High School in 1910.

The 1920 US Federal Census (Geneva NY) contain the following on her household living on Pulteney Street:

1900 and 1910 Census include father-in-law John Balfour. He is employed as a gardener.
These two photos: William Smith College Yearbook of 1918 (approx age 28) 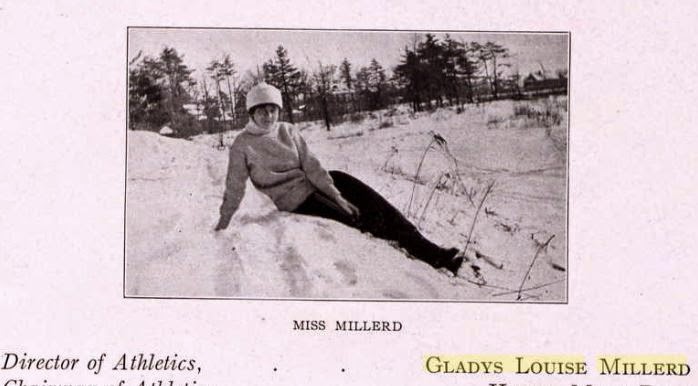 Gladys married on April 10, 1920 to Eustis Thacher "Jack" Rowland, moves to Connecticut. They had a son Richard W. around 1923. Family moved to Evanston Illinois (1930 Census says Jack was a radio comptroller for a Mail Order company). In the 1940 Census Evanston IL, Jack was listed as a publisher at a publishing company. Eustis was son of William Eustis Rowland and Josephine Thacher.

When their father passed in 1940, the daughters Helen and Gladys inherited a sizeable sum.  $35,482 was split between them. Both lived in Illinois by that time.

Gladys' husband Eustis Rowland (1891-1982) died in St Petersburg FL, buried Saint Matthews Episcopal Church cemetery. I am assuming that Gladys remained in that area and is laid to rest near him, but have no proof of that.

Reminder - the only photo I have in my possession is the baby photo at top. The other images illustrating this article were located online from various sources.
Posted by Kathleen at 8:21 AM No comments:

UPDATE - This photo of Charley Snyder has been claimed by a relative and is going home!  This photograph of CHARLEY SNYDER was located at an antique fair in Florida.

The stamp on the border indicates that the photograph was taken in Marion Indiana, at the Hartsook Photographic Studio.

The fashions worn by the young man point to a time period probably around the mid-1910s.

In the 1900 Census for Marion, Grant County, Indiana, I came across a photographer named John Hartsook, so I definitely had found the right town.

From other sources, I find that the children's mother Katie was born Catherine York. Sister Pearl lived until 1971 and married a man named Ray Barney. They had a son named Marshall. I do not know what became of Estey (Ester).

Arl H. married Anna Herkimer and had a daughter named Anna Louis Snyder. Arl died in 1923, at age 33, but I have not found the reason for this. Charley married Helen Lynn Palmer and the couple made their home in Princeville, Peoria County, Illinois. Charley died 21 Sept 1963.

Posted by Kathleen at 8:40 AM No comments: