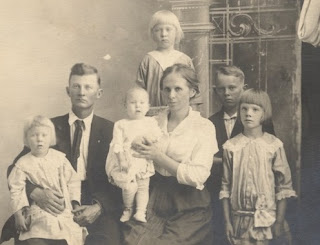 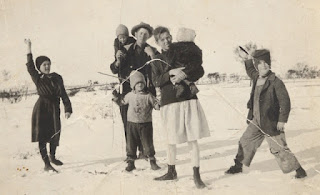 These two photos of the HARRIS family are in the care of Jerry Huffman of California, and were found in his father's possessions after he passed away. I am posting them here in an effort to help him find the family they belong to.  The photos are enclosed in a single paper folder, with no photographer's marks or location found. In ink, the words "Harris Family of Okla" are inscribed on the folder, with the name "Buford" added faintly above in pencil.

Jerry's father Buford "Huff" Huffman (see photo below) left home around age 15 (circa 1930-1931), and met this family in the early 1930's when he went to find work in the oil industry in Texas and Oklahoma. He must have known the family fairly well to have been gifted this photo of them. 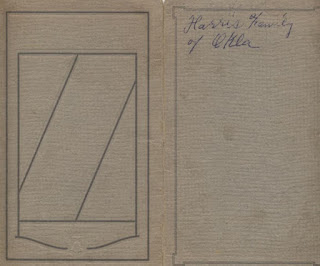 The fashions and hairstyles support the 1930 timeframe.

But the question remains - who are these Harris people?


BUFORD MILTON HUFFMAN has a wonderfully detailed memorial, created by his son, at Findagrave which shows much useful information.
https://www.findagrave.com/memorial/11330067/buford-milton-huffman

The paper-trail shows that Buford had returned to New Mexico and was residing in Santa Rosa by 1935.

Does anyone out there recognize the people in the two upper photos?  I welcome your help. 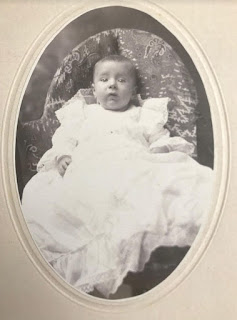 UPDATE - this photograph of Albert Franklin Shaw has been claimed by a relative and is going home!

Ancestry.com immediately finds the person who matches the clues provided.

Albert Franklin SHAW, born 7 Aug 1907 in Ashley Michigan (a town about 10 miles away from Elsie, MI). His WWII Draft Card states his employer is the "Grand Trunk Railroad". His wife is Mildred Henrietta Shaw (nee Jones). 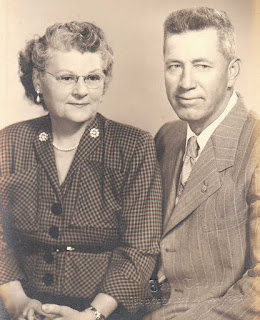 I was able to locate a photograph of a more mature Albert Shaw on Ancestry. I do not possess this photo of Albert and his wife Mildred, but I show it here for comparison. (On the left.)