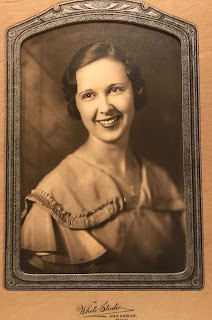 Lena's husband Donald lived to the ripe old age of 106. They are buried at Oak Grove Cemetery in Dixboro, Michigan.
Posted by Kathleen at 1:01 PM